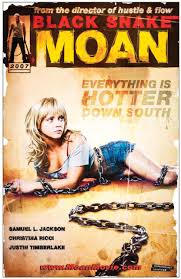 Islamophobes love to assert this, along with holding Islam accountable for slavery in general. This particular absurdity has been refuted even by Orientalists but the refuge of Evangelicals nowadays is to assert that Muslims ‘rape their captives’.

Sheikh Atabek refutes this stupidity comprehensively. He takes the approach that even bad manners to a captive, let alone wounding, are strictly prohibited in the classical schools. Rape is not mentioned explicitly as it is obviously far in excess of both of these prohibitions. He also addresses the favourite of Islamophobes, the alleged ‘battlefield rapes’, where captives had intercourse on the night of capture and shows how there is an unjustified leap from ‘sex’ to ‘rape’ (i.e, whenever Muslims have sex, they are assumed to be raping someone).

Sadly, the haters have not ultimately evolved from the whole they want to ‘kill us all and rape our women’ (so they do it to us first, you know, just in case).

He is currently based in the Northwest of England where he is the founder of the Avicenna Academy.

A rollicking exchange between a Christian Islamophobe and Nazam, one of my favourite Dawah guys. The guy is trying to say that Muslims are rapists, slavers blah blah blah how original.

Muhaririz said: “I entered the mosque and saw Abu Said al-Khudri. I sat with him and asked about withdrawing the penis (while having intercourse), Abu Said said: We went out with the Apostle of Allah on the expedition to Banu al-Mustaliq, and took some Arab women captive, and we desired the women, for we were suffering from the absence of our wives, and we wanted ransom; so we intended to withdraw the penis (while having intercourse with the slave-women). But we asked ourselves: “Can we draw the penis when the apostle of Allah is among us before asking him about it?” So we asked him about it. He said, “It does not matter if you do not do it, for every soul that is to be born up to the Day of Resurrection will be born.””

Narrated Abu Said Al-Khudri that while he was sitting with Allah’s messenger we said, “Oh Allah’s messenger, we got female captives as our booty, and we are interested in their prices, what is your opinion about coitus interruptus?” The prophet said, “Do you really do that? It is better for you not to do it. No soul that which Allah has destined to exist, but will surely come into existence.”

” But also the Muslims at that time were urged to be kind and considerate to slaves, …”

Right, yes be kind to slaves by raping them in front of thier husbands:

Abu Said al-Khudri said: “The apostle of Allah sent a military expedition to Awtas on the occasion of the battle of Hunain. They met their enemy and fought with them. They defeated them and took them captives. Some of the Companions of the apostle of Allah were reluctant to have intercourse with the female captives in the presence of their husbands who were unbelievers. So Allah, the Exalted, sent down the Quranic verse, “And all married women (are forbidden) unto you save those (captives) whom your right hands possess”. That is to say, they are lawful for them when they complete their waiting period.” (Quran 4:24).

You see this pathetic attempt at basically taking three hadith which are different forms of one idea, all regarding the undesirability of coitus interruptus with slaves (thereby treating them differently than they did their other sexual partners, which the Prophet (PBUH) repeatedly condemns in these hadith anyway) and then using these hadith to talk about RAPE: which is NON – CONSENSUAL sex: NO WHERE DO ANY OF THESE HADITH SAY YOU DON’T HAVE TO SEEK PERMISSION FROM THE SLAVE? So he just wasted your time. If I say to you ‘it is permissible to withdraw money from the bank’, would you now take that as a license to rob the bank?’ No, unless you were dumb. You see, you guys have a prejudice against slaves which Islam does not share, namely that they, by being slaves lose their free – will and right of CONSENT: but this is your own prejudice, Islam does not share it, any more than today we would argue that just because someone is a ‘Prisoner of War’, whether male or female, they should now have no control over their own sex lives. It’s like me going to a women’s prison in England and saying: ‘You see how these women are not FREE?! That mean they are being RAPED by the guys who imprisoned them!’ Well then , I will use the same argument on a secular state, if you want to extrapolate from Prisoner of War to slave to forced sex, you must be raping all those guys in Guantanamo Bay. Oh wait, bad example, you actually ARE molesting them on the basis of those Abu Ghraib photos and such. My bad.

You see, YOU WANT TO FIND RAPE, YOU ARE NOT OBJECTIVE, SO WHEN YOU CAN’T FIND IT YOU INSIST ON SEEING IT WHERE IT IS NOT THERE, LIKE A CONSPIRACY THEORIST (which is what you are).

As for the last ‘hadith’ of Abu Said Al Khudri, it is merely an opinion of this person and not the Prophetn (PBUH), so that is an attempt at a slight of hand, having told us we should ignore Malik for the Prophet (PBUH) he now wants us to ignore the Prophet for a sahabah!. Also, it is poorly translated, since it says that people were unwilling to have sex ‘in front’ of the husbands, which is public indecency and not allowed anyway, and since in the Quranic revelation ‘permitting’ this ‘having sex in front of the husband’ (which STILL does not say anything about consent), he also deceptively includes the phrase ‘That is to say they are lawful for them when they complete their waiting period’ which IS NOT FOUND IN THE QURAN and is not a hadith. Also, I could not verify that Abu Said Al Khudri even added that. And even if he did, since the waiting period is till her period comes and you know she is not with another man’s child, are you telling me that they were going to sit on the battlefield waiting for up to a month till these women had their periods, THEN WAIT FOR THE PERIOD TO FINISH, since it is not allowed to have sex during it AND THEN HAVE FORCED SEX (which is not even mentioned). This should suffice to show that the idea of Muslim ‘rape’ is a missionary fantasy.

Here is the PROPER verse 4:24, as it appears in the Quran and not in missionary sex fantasies:

”And [forbidden to you are] all married women other than those whom you rightfully possess [through wedlock]: this is God’s ordinance, binding upon you. But lawful to you are all [women] beyond these, for you to seek out, offering them of your possessions, taking them in honest wedlock, and not in fornication.”

Where is the mention of the word slave or rape? Here is a non-pervert missionary exegesis of the above: The term muhsanah signifies literally “a woman who is fortified [against unchastity]”, and carries three senses: (1) “a married woman”, (2) “a chaste woman”, and (3) “a free woman”. According to almost all the authorities, al-muhsanat denotes in the above context “married women”. As for the expression ma malakat aymanukum (“those whom your right hands possess”, i.e., “those whom you rightfully possess”), it is often taken to mean female slaves captured in a war in God’s cause. The commentators who choose this meaning hold that such slave-girls can be taken in marriage irrespective of whether they have husbands in the country of their origin or not. However, quite apart from the fundamental differences of opinion, even among the Companions of the Prophet, regarding the legality of such a marriage, some of the most outstanding commentators hold the view that ma malakat aymanukum denotes here “women whom you rightfully possess through wedlock”; thus Razi in his commentary on this verse, and Tabari in one of his alternative explanations (going back to ‘Abd Allah ibn ‘Abbas, Mujahid, and others). Razi, in particular, points out that the reference to “all married women” (al-muhsanat min an-nisa’), coming as it does after the enumeration of prohibited degrees of relationship, is meant to stress the prohibition of sexual relations with any woman other than one’s lawful wife.

”O PROPHET! Behold, We have made lawful to thee thy wives unto whom thou hast paid their dowers, as well as those whom thy right hand has come to possess from among the captives of war whom God has bestowed upon thee:”

WHERE IS THE MENTION OF RAPE?!?!! Do these guys understand ENGLISH?!?! If I said to them: ‘It is lawful for you to have sex with your girlfriend or mistress’, would they take that to mean FORCED SEX?! I feel sorry for their sex – partners. You see, they are trying to impose a CHRISTIAN, OT and NT understanding of slavery onto the Quran, such as where Paul demands that slaves ‘submit’ to the masters ‘desires’ and the wholesale rape and slaughter in the OT.

Well TOUGH, that’s NOT how Islam is, which is why, despite all this prattling and hadith mining from missionary sites and mistranslating you can’t find anywhere where it says ‘You can force yourself upon your slave girl’ CAPTURED IN WAR OR NOT or ‘Slaves must have sex with their owner’. Until you find that, we have clear ayat of the Quran prohibiting it (4:19), clear Hadith, and clear fatwas from Malik, Shafi and others, so (WET) DREAM ON!

For those NOT interested in finding rape in everything including Disney’s ‘Toy Story’, here’s a Muslim understanding of the above verse:

”As pointed out in several places, Islam does not countenance any form of concubinage, and categorically prohibits sexual relations between a man and a woman unless they are lawfully married to one another. In this respect, the only difference between a “free” woman and a slave is that whereas the former must receive a dower from her husband, no such obligation is imposed on a man who marries his rightfully owned slave (lit., “one whom his right hand possesses”) – that is, a woman taken captive in a “holy war” (jihad) waged in defence of the Faith or of liberty ; for, in such a case, the freedom conferred upon the bride by the very act of marriage is considered to be equivalent to a dower.”

”And God knows all about your faith; each one of you is an issue of the other. Marry them, then, with their people’s leave, and give them their dowers in an equitable manner – they being women who give themselves in honest wedlock, not in fornication, nor as secret love – companions.”

”Lit., “and not taking unto themselves secret love-companions”. This passage lays down in an unequivocal manner that sexual relations with female slaves are permitted only on the basis of marriage, and that in this respect there is no difference between them and free women; consequently, concubinage is ruled out.”

To further shame you, Islam prohibited women and children from accompanying soldiers onto the battlefield any-more, as used to be the pre – Islamic practice, thereby eliminating the possibility of acquiring slaves of any gender any more by war at least.

23 thoughts on “Does Islam Allow Forced Sex With Slave Girls?”