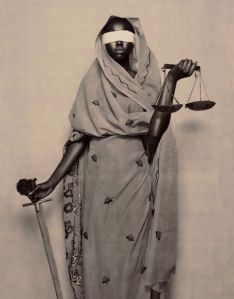 People, admittedly mainly stupid people, often harangue me about the finer details of A’shari theology, assuming from the name of the site that this is some kind of ‘A’sharis only’ club.

To show that this is far from the truth, I thought I would post this fascinating article on an issue that brings many to grief, especially due to the somewhat ludicrous pronouncements of the self proclaimed Salafi movement and it’s numerous familiars, on this issue (their doyen Ibn Taymiyyah holds the ‘Satanic Verses’ incident to be genuine. Go figure).

And I don’t care that is he is critiquing the A’sharites – Fiat justitia ruat caelum: Let justice be done, though the heavens fall!

[You can read the original article here:http://sulaimanahmed.com/%5D

I was reluctant to write about this issue, as I find the question of Prophets being able to sin a ridiculous notion. Nonetheless there have been individuals who have insisted on a response. It is a real shame Muslims have now positioned themselves as people who lack academic fortitude to the extent where when the legitimate position of a School of thought is presented it leads to uncontrollable hysteria. Academia requires an individual to be able to present various positions on a specific issue thus giving the reader a breadth of diverse views and opinions.

In order to answer this question there are a couple of connecting issues that need to analysed, for the purposes of this short essay, they will be briefly explained: Can the Prophets commit major sins or minor sins? What is the difference between them? Is there a difference of opinion about Prophethood? Does the ability to commit major and minor sins differ from before or after Prophethood? Can Prophet’s make a mistake? And are they absolutely infallible?

Major sins are considered reprehensible acts within Islam. Once committed, according to the Maturidi Creed (theological position followed by most Hanafis) they require a person to repent from their actions (‘tawba’). Without this, a person is not forgiven. There is a disagreement in Islam as to the number of major sins. According to Imam Al Ghazali, there are seven and this is confirmed in a hadith narrated in the collection of ‘Sahih Muslim’. There are others who say there are a lot more, but we do know that there are seven major sins that are agreed upon by ‘Ahle Sunnah wal Jamaat’ (Maturidis and Ash’aris). I have endeavoured to discuss this in more detail in an upcoming book called ‘Hanafi Principles of Testing Hadith’.

The Maturidis strongly believe that the Prophet Muhammad was a Prophet even before Adam (u) and one of the reasons for this is the hadith “I was created before Adam (u) was between water and clay.” The Ash’aris disagree and state that the Prophet (r) became a prophet at the age of forty as this is when he received revelation (to be clear, Ash’aris are not denying the ability of the Prophet (saw) to receive the message but are referring to the practical reception of the revelation).

Maturidis reject any possibility that Prophets can commit either major or minor sins. The reason for their insisting on the infallibility of the Prophets is due to several reasons. We will explore only a few of them for the purposes of this piece.

The first issue is that it affects the authenticity of the revealed message: if Prophets are able to commit major sins, they could have lied (which is a major sin) and therefore the revelation may not be complete and could have been fabricated by that Prophet. The second problem is that the Prophets are an example to all of mankind both in terms of the message they portray and also their Sunnah (way of that prophet [this is the definition of ‘Sunnah’ according to the theologians]). The prophetic way is not that of the one who commits minor or major sin. Prophets committing sin also devalues the negativity of committing sin, leaving people with the notion that if Prophets are unable to refrain from them even after divine inspiration, how is a normal person to do so?

There are many other issues that connect with this problematic subject. What the Maturidis say is that prophets are able to make a mistake. Firstly, this does not include sin, but rather it means the slightly worse decision out of two possibilities. Again, the Maturdis believe that this cannot be in an issue related to the message, nor in the process of guiding the people. All Maturidis were in agreement about this issue, namely that no Prophet can commit sin. Here are some texts from the classical books of the Maturidis (I have added these as images below in the original Arabic texts):

The first text is from “Al-Fiqh al-Akbar” the book of Imam Abu Hanifa:

“Prophets are protected from major and minor sins, but there is a possibility of mistake or error.”

The second text is from “Sharh al-Fiqh al-Akbar” from Imam Abu ‘l-Muntaha al-Maghnisawi;

“Prophets are protected from major and minor sins before and after the Prophethood…” he continues; “but there could be errors and mistakes…”

”Imam Nasafi said “Samarkandi Scholars do not [even] allow the attribution of the word ‘‘zillah” (errors) to the prophets because it could imply some sort of sin. But [one should instead] say; Khilaf al-Awla….”

Thus the Maturidis are very clear that it is impossible for the Prophets to commit any form of sin both before and after Prophethood. They differed profusely with both the Ash’aris and Mutazalites, both of whom to varying degrees state that Prophets can commit sin.

The pillars of contemporary Ash’arism are Imam al-Haramayn al-Juwayni, Qadhi Al-Eiji, Fakhr ad-Din ar-Razi, Sayf al-Din al-Amidi and Imam Abu Hamid Al Ghazali. If one wants an indication as to the position of the Ash’aris, their books are the first point of call – removing these scholars from Ash’arism will result in the end of Ashari theology.

“As for the minor sins…There is no rejection [of minor sin] based on logic, and I do not see any textual reason to deny it either…”

“[Regarding] Prophets committing sin before Prophethood; Qadi Abu Bakr (Ashari) said; ‘it is not impossible, rationally nor textually, that prophets can commit minor or major sins…But after Prophethood they cannot lie deliberately. Abu Ishaq [as-Shirazi] said that they do not lie inadvertently either. Qadi Abu Bakr said that they can…”

“As for minor sins, if it is a humiliating minor sin than it is [considered] the same as major sin. But if it is not [a humiliating type of minor sin], such as looking, or silly words during an argument etc. the majority of Ash’aris and majority of Mu’tazilites confirmed that it is possible regardless if it is deliberate or inadvertent.”

Abu Abdillah Muhammad bin Yusuf al-Sanusi wrote in ‘Al-Sanusiyah al-Kubra’, the primer text in Ashari Aqeedah (creed) which is studied by most beginner students of knowledge;

“Can Prophets commit major sins before Prophethood? The majority of Ash’aris and a large number of the Mu’tazilites said that it is logically possible that they can commit major sin. But some of Ash’aris said; they cannot, and that is what Qadi Iyad said…..”

“But as for after the Prophethood: Can they lie inadvertently or forget in the issues pertaining to the Religion? A large number of Ash’aris said they cannot. But Qadi Iyad said they can.”

Now let’s explore the position of the Mu’tazalites.

As explained above by the Ashari Scholars Qadhi Al-Eiji, Sayf al-Din al-Amidi and al-Sanusi, the majority of Mu’tazzalites state that Prophets can commit minor sins.

The Hashawis (anthropomorphists) as well as the Ahle Hadith go even further and shockingly state that all sins, both before and after Prophethood, are possible for the Prophets.

This information is readily available and accessible to all.

My advice to the “students of knowledge” is that they do indeed study properly before arguing about an issue. We do not see this type of behaviour in the secular field. It is the same as someone reading half of a medical book and then believing he is an expert surgeon able to perform complex medical procedures.

In summary, the Maturidis hold the strongest position on this issue; their evidence is both textual as well as rational. Logically it is impossible Prophets can commit any type of sin both before and after Prophethood, unless one views a Prophet as a brainless creature merely posting the message without any understanding of what is contained within it. Maturidis reject this notion. Prophethood necessitates a sinless person, one who can deliver not only the message but also the spirit of the message. They can teach, guide and train the people to achieve true guidance.

Anything attributed to a Prophet that can affect the authenticity of the message is rejected, whether that is a statement of an Ashari or Mutazalite Scholar, or the narration of an ahad hadith (which is rejected by Hanafis), whether that is in ‘Sahih Al Bukhari’ or any other collection. Even if the statement is from a Maturidi scholar, it matters not since everyone can make mistakes. But for Muslims the first priority is always God and the Prophets and any attribution of possible ‘sin’ to either is completely rejected. 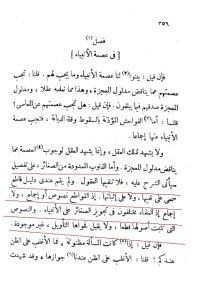 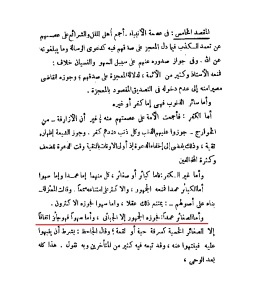 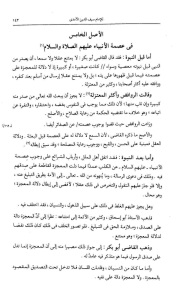 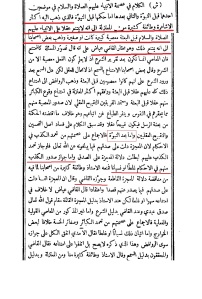 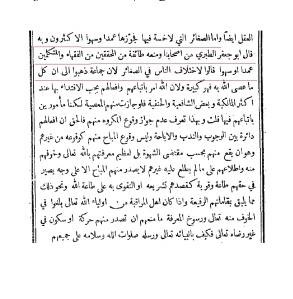 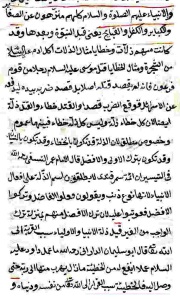 47 thoughts on “Can Prophets Sin?”