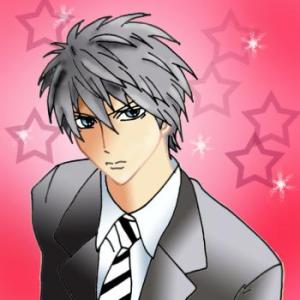 This Guy: Not Stud – Looking/Bishonen Enough To Be An Ottoman Imam

This was an advertisement in the 16th century Ottoman state for an ‘Imam vacancy’ at a mosque:

(He must know tafseer, hadith, fiqh, usool deen, kalaam sciences, knows Qur’an by heart, he must know physical (mathematics, logic, astronomy etc…) and technological sciences as well as Art (calligraphy, carpentry, iron-smith etc…at least he should have the knowledge of one of these occupations).

Note how there is no condition of knowing the native language (Ottoman Turkish)! i.e such great emphasis is placed on interfaith and inter-community relations that the ‘national language’ is of no importance to Imams.

(He will know how to ride horses properly, be a sportsman at least in one field such as archery, wrestling, swimming etc…he will have good facial features and be well built, he will have excellent dress code and be well-dressed, neat and clean).

(He must be married with a maximum of one wife who must be very pretty and beautiful).

(He must know the body language, human interactions and the anatomy, psychology and sociological human factors as well as deeply understanding of human nature).

Now a lot of people may see this as a joke. Today’s Muslims will baulk at the requirement for an Imam to be married to a beautiful woman and the huge sums of money that he is paid. But this is superficial thinking and shows naivete: having lots of money is a good way to prevent people being ‘bought’ (as the sad sight of Dawah carriers, speakers, Mosques and even jihadists clamouring to receive Salafist handouts shows).

Having a beautiful wife, like it or not, is indeed better for controlling ones desires and lowering one’s gaze, as per the advice of the Prophet (SAW). Same goes for females who have frequent contact with the opposite sex: a good looking man in ones life often precludes temptation.

Imams and speakers are often confronted with the challenges of celebrity status and frequent interaction with females who come to them with their most intimate problems and questions. Few today can keep their hands out of the ‘cookie jar’ – the trail of ex-wives, ‘misyars’ and illegitimate children left in the wake of even minimally well known speakers in the UK is testament to that.

Polygamy, hard to come by in the laity due to cultural and financial constraints, is normal or ‘de rigeur’ in scholars and speakers. One often wonders if it is ‘genuine’ or just promiscuity and a lack of self control in an Islamic garb, the bed hopping antics we are accustomed to from other celebrities given an Islamic veneer.

After all, how many people do you know that aren’t dawah carriers or ‘scholars’ who are able to thus indulge?

Many ‘dawah’ speakers conduct private, unsupervised classes for females and even new Muslim females, while not allowing the same leeway to women. Little or no checks are in place. If their marriages and divorces are anything to go by, they may well be best kept away from positions of authority or power over vulnerable (new) Muslim women who have come to them for advice or knowledge.

Oh, accuse me of being a jealous hater? But what about those persistent rumours about your favourite ‘dawah guy’ (I don’t need to specify a particular one; they are present in nearly every case and especially for the front men of a particular British Salafist ‘dawah’ organisation)? You know what…nearly every speaker has them if you are honest.

But the zombie fan club these individuals have persuaded that they are defenders of Islam allows them to continue to act with sexual impunity.