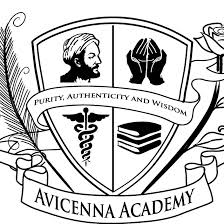 In my time, I have tried lots of places in the UK and Europe to try and gain knowledge: from the age of twelve, I have been to Deobandi madrassas, Salafi gatherings and ‘aqeeda’ lessons, Brelwi celebrations and even ‘Dawah’ groups as well as too many others to even recount. Let’s just say the results have been somewhat of a let-down and in each case I ended up having to fend for myself and not only failing to get the grounding I so desperately wanted and needed, but having to do even more research on my own due to the confusion caused by ‘gaining knowledge’ from these and other sources

I recently had the honour of being invited to attend these guys’ ‘Muslim Retreat’ at Ilham Hall. Frankly, I was left stunned. I am familiar with Sheikh Atabek, but I was amazed at how well trained and grounded the students of Avicenna Academy were. Lay Muslims were treated to a three day session of Islamic teaching the likes of which I personally have failed to find before.

A guy had come all the way from Trinidad just to attend. And I could see why. It made me feel grateful that I had such a valuable resource at my doorstep here in the UK.

You will be able to see for yourself, as they were open enough to let me film the whole thing, so I will be posting the lectures here, but in the meantime, I found this trailer for their Islamic Scholarship Courses.

To top it all off, this is a smashing promo by any standards.

I for one will be signing up immediately.