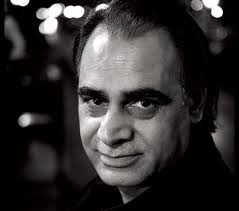 The context of this piece was a question by a Christian after the CoE considerations regarding openly gay clergy, asserting that he found the example of Ziauddin Sardar to be inspiring vis-a-vis his reinterpretation of the attitude to homosexuality in Islam.

Ziauddin Sardar is not a ‘prominent Muslim theorist’ and does not have scholarly authority nor is he an academic expert on exegesis or such. Nor is he a ‘normal’ lay Muslim of any variety. He is a modernist with heterodox views, he is free to hold these but he does not represent the mainstream of Islamic thought. Every religion has a right to define it’s orthodoxy.

A ‘long term, fulfilling’ relationship between two men or two women is presumed to involve physical contact extending to but not limited to sodomy and oral sex. If it does not then it is called ‘friendship’ or ‘brotherly/sisterly love’, so I do not find a distinction of gay marriage and sodomy to be realistic or helpful. And neither would most gays or heterosexuals, who would feel that they should be allowed unlimited consensual physical contact in a marriage.

I would say though that you will find that the vast majority of ‘liberal’ Muslim intelligentsia have a problem with the prominence afforded to people like Sardar. They see this as a case of the ‘acceptable’ (secularised) and ‘unacceptable’ (orthodox) forms of Islam. So these people’s prominence is not usually a function of their academic or other prowess but their utility in expounding heterodox views which liberals would like to be mainstream in Islam. This is fine, but these people engage more with the media than academia or the Muslim community to get their views across. They have the ‘ear’ of publishing houses and such when they write books with titles like ‘Journeys of a Sceptical Muslim’. They are rightly seen as arrogant and undermining the community since they do not engage with it but rather those hostile to it to get their legitimacy. It’s like me taking my ‘problems’ with Christian theology to a third party who I know does not like Christians, and using that prominence they give me (because of my hostility, say to the Catholic Church) to get a platform and voice while never bothering to confront the Christians themselves. This is Sardar and his gang much of the time i.e they are a Trojan horse operation.

Regarding homosexuality, the Quran is pretty clear as I understand it, it simply tells you not to satisfy you ‘lusts’ with men;

”And [remember] Lot, when he said unto his people:“Will you commit abominations such as none in all the world has ever done before you? (7:81) Verily, with lust you approach men instead of women: nay, but you are people given to excesses!”‘

The confusion may be that the story of Lot is given in more detail later in the Quran (11:69 onwards) where there is a ‘men attacking men’ type incident, but the above quote makes it clear that homosexual action is disliked. This does not mean that there is a phobia of or discrimination against gays, and in fact the Ottoman Empire decriminalised homosexuality: that is not to say that it is approved of, merely that it is not possible to convict someone of a crime in regards to it, like private fornication or adultery much like being stingy is condemned, but as long as one pays one’s taxes in Islam, it is not possible to seek any measure against one in the Sharia.

There are actually specific tradition(s) of the Prophet (PBUH) stating that a time will come when men will marry men and women will marry women. So there is a specific disapproval of marriage and sexual activity or it’s simulacrum between anything other than a man or a woman, since Islamically marriage is not a secular but a religious or divinely ordained institution. Anyone wishing to have secular ceremonies and to acknowledge them is free to do so, but there is to be no compulsion in their recognition, just as we do not compel anyone to recognise our religious definition of marriage. The State again has yet another definition, which may be one or the other.

The Islamic position is that there is an extensive and inclusive system revealed by God to aid our moral and day to day decision making process, God acting as the facilitator for an objective moral standard that transcends human bias. Reasons are given for his ‘decisions’ and we are free to take them or leave them. Further, we are free to use our intellect and differ in what these rules mean and how to apply them, but we have to be fair and objective. We are explicitly warned not to be swayed by things like discrimination, or even enmity and hatred:

O You who have attained to faith! Be ever steadfast in your devotion to God, bearing witness to the truth in all equity; and never let hatred of anyone lead you into the sin of deviating from justice. Be just: this is closest to being God-conscious. And remain conscious of God: verily, God is aware of all that you do. (Asad’s translation)

In applying our moral reason in Islamic terms we should also not be swayed by fashion or social consensus either, that is still not objectivity. Once we start to ‘reason’ based on what feels good to us or what society has currently agreed upon we have swerved from objectivity into fashion or hedonism. It is no longer the rational method, which is commanded in Islam.

So, to be coherent in the Islamic position, if God claims that he has made us a system for moral guidance and this is seen to cover everything from marriage contracts to personal hygiene and how often you should cut your toe nails, then it would be a glaring omission for Him to wait thousands of years for Liberalism to come along (in fact Liberalism is a very old idea) and fill in the gaps about gay marriage etc. So that’s the way we look at it. I’m not imposing the same on Christians, it’s up to them.

In short, Islam believes in freedom of expression, sexual, speech, whatever. But when these freedoms involve other people, then they have to be tempered according to a ‘first do no harm’ principle. So when a young lady’s freedom to wear a short skirt in public infringes on my freedom not to be titillated, then we need to reach a compromise. But who decides where the compromise lies? We say God, because he is not human and thus objective. Liberals say something different which usually means social consensus or what feels good or what does not do PHYSICAL harm to others. Same goes for homosexuality, once it is brought into the public sphere then there is regulation, if it is not public then there is no problem, apart from God’s stated displeasure at the act.

All this is assuming that it is even possible to arrive at moral judgements in a reasonable manner without God in the first place. For example, what is the rational reason for prohibiting incest? Especially before the advent of Genetics? Is there one? Who are you harming by marrying your sister if she loves you and you love her? So we need to talk about how to reach moral conclusions in the first place.

Now with the decriminalisation of homosexuality by the Ottomans in 1862 you can see a policy of respect and tolerance not achieved by others for many more decades. If two men wanted to live together, in an Islamic system where there is a ‘don’t ask don’t tell’ policy on sexual conduct, they are fine and are not denied any rights other than to openly promote a gay lifestyle. They could even adopt children as long as they did not make it a ‘gay adoption’ issue. You may say that the ‘openly gay’ or ‘promotion’ aspects of the lifestyle are essential, but I would say not necessarily, and you do not see heterosexuals having festivals and parades to express their sexuality, this kind of stuff is often imposed onto the gay community (sometimes by itself) due to their ‘minority’ status, and they should not have to buy into it. Further, if gay people did want to argue for or promote homosexuality in an Islamic state, they can do so in the form of a public debate against Muslims or whoever. If Muslims are willing to debate the very existence of God in an Islamic state, then gay marriage is no problem. The caveat is that it has to be a public debate, not an ad campaign or posters by United Colours of Beneton, they have to come out into the arena of ideas and if they can win then good on them. I think this is pretty fair and the bottom line is you can be gay unhindered, why do you need to promote it to others any more than we need to have adverts for heterosexuality?

As Muslims, we love and accept gay individuals same as anyone else, but we make it clear that we do not see their behaviour as the overall moral ideal. This is not surprising to my gay friends, as they frankly do not ‘accept’ or understand my attraction to women, but they do tolerate it. Tolerance does not mean that people should ‘pretend’ that they ‘get it’ as is the case nowadays. Despite having close gay friends and associates, I find their behaviour baffling. That does not mean I seek a mandate against it or them, but nor does it mean I will be promoting it, just as I do not expect them to promote a heterosexual lifestyle (nor do they). In fact ‘forcing’ people to accept it under the banner of progressive values often has the opposite effect and causes people to react very badly.

And I think that will be the result of the CoE controversy, since it is obviously not a theologically motivated reinterpretation, which would be fine, but is being done under social pressure, namely that of the prevailing doctrine of Liberalism, which itself has not been arrived at by free means but rather by a level of imposition and a militant understanding of what is the ‘Good Life’. If it were a genuine reinterpretation it would have been done long ago when the Church in Europe was a lot more vital and intellectually curious. This, to me, is done to show the Church who is boss, and some of them are saying (to Liberalism): ‘You are’.

Much like the Architect in the Matrix Reloaded said when under threat:

‘There are degrees of survival we are willing to accept.’

If the issue at hand was something more central to Christianity, like ‘Is Jesus God?’ and a bunch of Anglican scholars and clergy under pressure from a dominant Islamic civilization and said: ‘Well, actually, that was then, and there is a lot of leeway for interpretation, so now it’s not so important’, most people would recognise it for the ideological bullying that it is, but because this is something they feel they can ‘get away with’, and may give them some much needed legitimacy with dwindling congregations, no one cares.

There is the same ‘secularisation’ in Islam: where Islamic ‘clergy’ give legitimacy to essentially secular and heterodox ideas like driving bans for women and the beheading of Indonesian maids or whatever merely to get favour from the ruling elite in places like Saudi Arabia. They, just like the CoE, make complicated theological justifications for what is ultimately, an unacceptable and humiliating compromise, merely so they can keep their social standing while all around them, the Rome of their religion burns.