Why Girls Don’t Wear The Hijaab 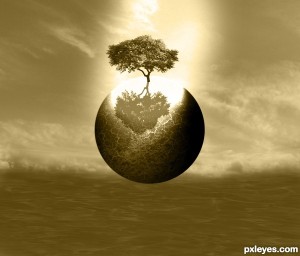 I would like to suggest, tentatively, that other than the tremendous discrimination, social pressure, legislation in places like France, Singapore,  China etc as well as almost daily street violence, (lest we forget the case of the German Hijaab martyr, Marwah), which causes women to take off the hijaab, I think one of the other leading causes for women neglecting the hijaab is that they cannot find a suitable partner, so feel they need to draw attention to their physical beauty to a greater degree to ‘throw the net wider’ so they can get one.

The first problem of discrimination and Islamophobia is being tackled by people like Paul Williams and his ‘gang’ (MDI etc.) but who is doing anything about my suggested latter problem? No – one methinks, and brothers who claim that we should be on the (alleged) path of the ‘Salaf’ don’t really seem to propose a solution, other than to defer it to the next life. Well, God wants the good for us in this life and the next, and we are to seek it. Nowhere does he tell you to wait for companionship and sexual fulfilment in the next world: this is a very Catholic or Puritan idea. So if women and men want to have sex and partner up, then they are free to seek that and facilitate it. However, a certain type of Muslim brother or sister, who also claim to be on ‘the path of the Salaf’ erect tremendous and insurmountable barriers to the interaction of good Muslim men and women, making it impossible for them to get any kind of attention, good OR bad. What are they supposed to do then, according to this guy? I bet you it never occurs to the puritans that there may be a link between the marriage crisis in the Muslim community and the way girls dress. After all, why would girls want ATTENTION eh? What does that tell you?

As someone once said: ‘Be tough on crime, be tough on the CAUSES of crime’.

I’m going to be controversial and say that the excessive (unIslamic) practices in the Muslim community of segregation and non – mixing leading to loneliness, isolation and sexual frustration of both sexes due to the practices and teaching of those who claim to be on the ‘path of the ‘Salaf” is the leading cause of sexual and dress immodesty in the Muslim community (apart from outside pressure): they induce the desperation and then condemn people for acting desperate or immodestly.

Like a bad doctor kills all his patients and blames their lifestyle.

I’m happy to be corrected, especially by a woman.

One thought on “Why Girls Don’t Wear The Hijaab”