Points On Jesus Dying Whilst Being God 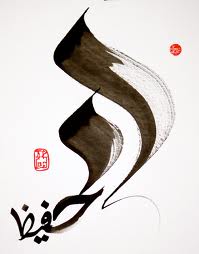 Reply to the oft repeated Evangelical claim that Jesus dying on the cross does not mean that he is not God because, as Muslims allegedly agree, death is not cessation of existence.

No – one said that death is the cessation of existence: but in any case this is irrelevant to the discussion of whether God experiences death. Our understanding is that even for humans, death is an experience of the personhood after which it continues in a different or more fundamental form. Whether it ceases to exist and is ‘remade’ I don’t care to say.

If you assert a death with a continuous or discontinuous ‘existence’, presumably of the soul, for God, that’s up to you: We certainly do not. In any case, something immortal does not experience death i.e. it does not die, whether death is cessation of existence, moving on to a different plane of existence, re-incarnation or whatever.

If you would like to say that God experiences death but it is not cessation of existence, fine. That is also what Christians assert for humans as you implied, that death is not ‘the end’ so there is nothing interesting or rhetorical about this ‘death is not the end’ point at all and your attempt to use it is not helpful in distinguishing God in any way.

‘As far as I can tell Muslims hold that after physical death you go to glory or judgement. This is certainly what Christians believe. Therefore when Jesus died as God he could still run the world – As he didn’t cease to exist’

Then the same is true of humans. Can they continue to run their daily affairs after or DURING the process of ‘death’? Can a guy make a sandwich while experiencing death? Are you asserting that dying is of no consequence as regards people’s interactions and ability to affect change in the physical realm? I think the analogy is inappropriate. And BTW, that’s not what Muslims believe, but that’s another story.

If you would assert that the ‘soul’ or whatever of God can undergo the same process of death as a human or an ape or a dog or a cat (!) then you must show in what way ‘God’ is still empowered to run the universe during his death, since in this respect, creatures are most certainly not ‘in control’ during their death. Or maybe you assert that human beings resurrect and raise THEMSELVES from death.

Also, if you persist in these types of analogies, then for humans ‘death’ involves the change of the human to a spiritual body, at least according to the Bible. What change does death effect in God? And if it effects no change, then is such a death to be called a death at all?

You further need to prove that there is a continuous existence of the souls for humans or whatever and it is not merely in a storage device as a pattern or in the ‘mind’ of God. So you are unable to show from your doctrine that there is a continuous existence during which death is merely an event and not a destruction and remaking or a gap till the day of resurrection or storage as a pattern or whatever speculation you would have us undertake.

To quote the ‘apostle’ Paul, God does not, cannot, will not, die:

“God the blessed and only Ruler, the King of kings and the Lord of lords, who alone is immortal and who lives in unapproachable light, whom no one has seen or can see” (1 Timothy ch. 6, vv. 15-16)

In any case, it makes no sense for Paul in his writings to assert that God is immortal or does not die if by this he means God is the same as the ‘immortal soul’ of human beings. Then he might as well say: ‘humans are immortal, they do not die’ etc. In fact Evangelicals have put their ideas into the mouth of Paul: He did not say speculate whether death is or is not the cessation of existence, he said God does not die,  He lives forever etc. You have now come along and said that death is not the cessation of existence, but as you well know, the same is true for humans, so I don’t see how that makes God exceptional, except that in the case of humans, their continued existence after death is dependant on God whereas God’s continued existence must then depend on some other agent (who would then be the real God). If this is not the case then God’s death was in no way a real death since it was not an experience of his soul which required an outside agent to reverse it.

Either he did not die in any real sense and the doctrine of salvation is redundant or he did die and Paul is wrong.

4 thoughts on “Points On Jesus Dying Whilst Being God”