The Truth About Cats And Dogs 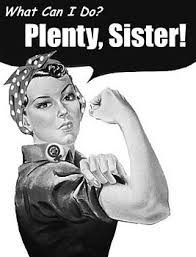 We are led to believe that everyone is free to practice and promote their beliefs or way of life in our new ‘global village’. In practice this means everyone who has access to the media and the press in a manner approximating to ownership. Modern mass media have historically unprecedented reach and power. Where such media serves a political or proselytizing purpose under the banner of entertainment, it must rightly give up its claim of being entertainment and take up its proper label: propaganda.

How then are we to differentiate entertainment or the philanthropic promotion of beneficial and superior ways of living from malignant propaganda? Simply, by checking the portrayal of a way of life or system (in the media, broadly speaking, ‘Western’ or ‘secular/liberal’) with the reality on the ground in those places purporting to follow these systems. It is clear that the global media as an industry is controlled by a small minority of cultural interests. Anyone who disputes this homogeneity of the media need show media produced in the so – called developing world which can compete with those routinely generated by the West, either in terms revenue or access to homes and minds.

Fair enough you might say, no one likes to show their bad points; if programs like ‘Friends’, for example, portrayed a realistic view of life in New York, they would be boring and unpopular. Realism is the domain of documentaries or the news. Assuming, for a moment, that the portrayal of ‘American’ life in the news is any more accurate than in shows like ‘Friends’, is it not true that the superiority of very narrow cultural milieu are ruthlessly advocated in both forms, while other beliefs and ways of life are subtly or overtly demonized?

But should people in glass houses really be allowed to throw moral stones unopposed?

Before we in the West start to lecture others on how to manage, for example, their economies, women’s rights or even religions, perhaps we should allow those people to know the teacher from whom they are receiving the lesson…after all, when one takes on a job (in the case of the Western media, that of re-educating the rest of the world on the treatment of women for example), one should have the necessary qualifications. I urge you then, to browse the ‘West’s’ résumé on women’s rights and ‘liberation’.

•23% of women aged 16-59 have been physically assaulted by a current or former partner.

•26% of women and 17% of men have experienced physical or non-physical domestic violence from a partner.

•Every week in the UK two women are killed by current or former partners.

•Domestic violence accounts for one quarter of all violent crime.

•On average a woman will be assaulted by her (ex) partner 35 times before contacting the police.

•Domestic violence occurs at similar prevalence among people at all income levels, and among people from all ethnic backgrounds.

According to the 1999 United States National Crime Victimization Survey, only 39% of rapes and sexual assaults were reported to law enforcement officials.

Portrayal of women in American pornography:

In the ‘developing’ world the statistics are not as easily available you might argue, women are reluctant to seek divorce etc. All well and possibly true, but are they really in need of lectures from the likes of us? With roughly a quarter of all ‘western’ women claiming sexual assault and a similar number domestic violence do we really believe they are so much worse off than us that they are in need of aggressive re –education, liberation at the cost of the lives of our troops? What about getting your own house in order first?