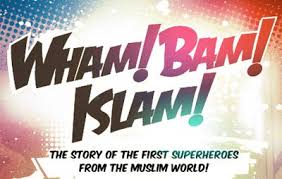 One day Shaqiq asked Hatim: ‘You have kept my company for over thirty years, what have you gained in the course of these years?’ Hatim replied: ‘I have gained eight benefits from the knowledge which is sufficient for me. I hope my salvation and safety are embodied in them…

‘The first benefit is that I observed the creation and saw that everyone had a loved one and one passionately desired whom he loved and longed for. Some of the beloved accompany the lover up to the brink of sickness and death and others to the graveyard. All of them return and leave him there alone. No one goes into the tomb with him. I looked into the matter and said to myself: ‘The best beloved is that which would enter the tomb with the lover and console him’; I found it to be nothing other than good works, so I took this as my beloved, to illuminate my grave for me and to comfort me in it and not leave me alone.”

‘The second benefit is that I saw people were following their desires and hastening towards the desires of the souls; and I meditated on the saying of Allah the Exalted; ‘But as for whoever has feared the majesty of his Lord and has refrained his soul from lust, truly the Garden shall be his dwelling place’ (Quran 79: 40-41). Convinced that the Quran is true and right, I began to deny my soul [it’s pleasures] and hurried to combat it and refuse it’s passionate desires until it enjoyed real satisfaction in obedience to Allah the Exalted.

The third benefit is that I saw that every human being is striving to accumulate as much as he can from the wreckage of this world and then holding on strongly to it. I meditated on the Quranic verse: ‘What is with you must vanish; what is with Allah must endure’ (19:96). So I gave freely my worldly possessions for His sake, distributing them amongst the poor so that it would be my provision in the future with Him, the Exalted.

The fourth benefit is that some people whom I observed think that their dignity and honour lie in the multitude of their families and large clans. They were fascinated by these things. Others claimed honour and dignity in abundance of wealth and children, and they were proud of it. Some believed honour and power abide in appropriating the wealth of others, doing injustice to them and shedding their blood. Others considered dignity to consist of extravagance and spending wealth in a foolish manner. I meditated on the saying of the Exalted; ‘The most honoured of you in the sight of Allah is the most righteous of you (49:13)’ . I chose righteousness for myself, convinced that the Quran is right and true and those claims and opinions of the people are all false and temporal.

The fifth benefit is that I found people slandering each other and out of envy of fortune, power and knowledge. I meditated upon the saying of Allah: ‘It is we who divide their livelihood among them in the life of this world’ (43:32)…Therefore I never envied anyone and was satisfied with the distribution of Allah the Exalted.

The sixth benefit is that I saw people becoming enemies of each other for different reasons. I meditated upon the saying of Allah the Exalted: ‘Verily, Satan is an enemy to you; so treat him as an enemy’ (35:6). I became aware that enmity with anyone except Satan was not permissible.

The seventh benefit is that I saw everyone working very hard, exhausting themselves to obtain food and sustenance, tempted by doubts and forbidden things. They degraded themselves in humiliation. I pondered over the saying of Allah the Exalted: ‘There is no moving creature on Earth but that it’s sustenance is dependant on Allah’ (11:6) . I knew that my livelihood is guaranteed by Allah the Exalted, so I engaged myself in worship and cut myself off from covetousness of all else, other than Him.

The eighth benefit is that I saw that everyone relied on some created thing, some on the dinar and dirham, some on wealth and property, some on trade and craft and some on creatures like themselves. I meditated upon the saying of the Exalted: ‘And whosoever places his reliance on Allah, sufficient is [Allah] for him. For Allah will surely accomplish His purpose. Verily, for all things has Allah appointed a due proportion’ (65:3). I therefore placed full trust in Allah the Exalted. He is sufficient for me and He is the best disposer of affairs.’