American Troops Are Better At Killing Themselves Than Insurgents 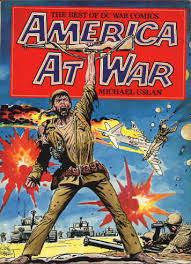 It is being widely reported in the ‘alternative media’ that more ACTIVE American servicemen (that does not mean actually fighting BTW) have killed themselves than have been killed in combat (that includes BOTH Afghanistan and Iraq). This has been neither confirmed nor denied by the army, which means it’s true:

”For the second year in a row, more American soldiers—both enlisted men and women and veterans—committed suicide than were killed in the wars in Iraq and Afghanistan. Excluding accidents and illness, 462 soldiers died in combat, while 468 committed suicide. In 2009, there were 381 suicides by military personnel, a number that also exceeded the number of combat deaths.”

http://www.good.is/post/more-us-soldiers-killed-themselves-than-died-in-combat-in-2010/ (But he gives no sources)

”For two years in a row now, more U.S. soldiers are meeting their deaths through suicide than in combat. For 2010, the figures were 468 (suicide) to 462 (combat). In an investigative report by the Star-Ledger on November 29, 2009, entitled, Military Suicides Increase as US Soldiers Struggle with Torment of War, more than 2,100 soldiers took their own lives between 2001-2009, a figure that is nearly triple the number of troops who have died in Afghanistan and almost half of all US fatalities in Iraq. Another study, by The Center for A New American Security, found that between 2005-2010, “service members took their own lives at a rate of approximately one every 36 hours.” Later, this same study says that, “Moreover, although only 1 percent of Americans have served in the military, former service members represent 20 percent of suicides in the United States.” (he gives some sources)

Basically, like the guy above said, American troops are now more dangerous TO THEMSELVES than the enemy. However, it must be remembered that these stats represent the WHOLE US Army (but NOT the Air Force and Navy), not just those serving in Iraq or Afghanistan, who are a percentage of the total. The TOTAL number of US military personnel (army, navy etc.) is 1,425,113. Of these some 109,200 are in Afghanistan (it does not say how many are in Iraq since it is no longer defined as a ‘combat zone’, unless of course you happen to live there. At peak it was about 165,000 so about 20% of the US Army can be said to have been deployed at the peak of these conflicts, though that is hard to confirm and if the news is to be believed there are only a few thousand US troops left in Iraq)

For a more scholarly take on the above see Chris Hedges article here: